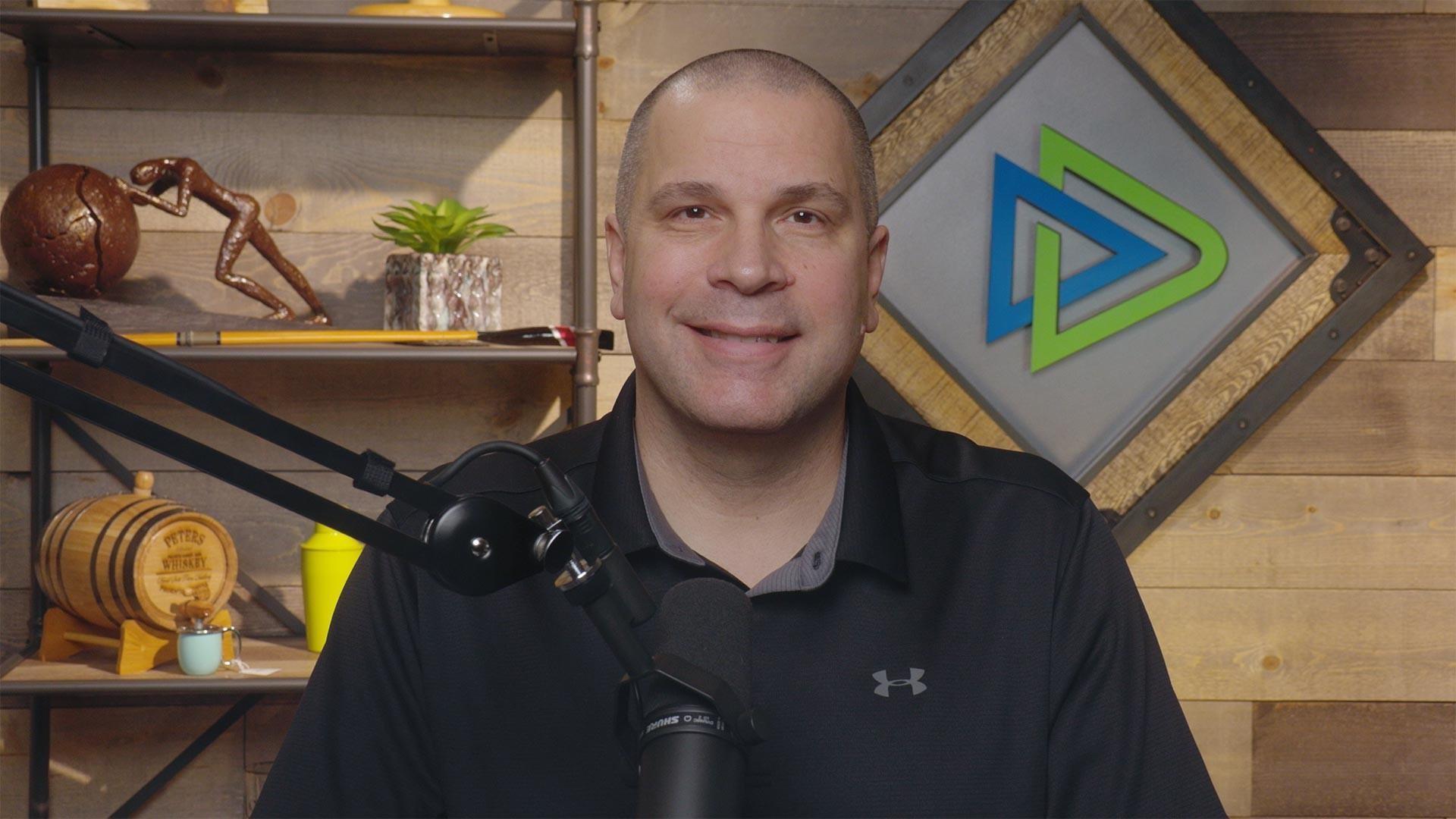 Want to continue learning what it takes to run a successful restaurant?

Sign up to receive a weekly tip and The Restaurant Prosperity Formula podcast delivered to your inbox. My weekly tips are loaded with information to help you lower costs, get more done and increase profits in your restaurant.

#18: Restaurant Owner Secret to Success Is to Find Someone Who Gets Stuff Done

The secret to being a successful restaurant owner. The answer? Find someone who gets stuff done. As an owner, you can’t do it all yourself. It’s just impossible. Plus, it’s not your job to do everything in the restaurant. Your job is to lead and take on more strategic activities such as marketing and development of growth paths. To do this successfully, you must identify or hire someone on your team who can be relied upon to get you up and running with systems and get things done. Many times, owners choose someone they think will be a great implementer, but they turn out to be the opposite. What’s the opposite of an implementer? A saboteur. They stop all progress dead in its tracks, and they have all the excuses for doing it. How do you know if you have an implementer or a saboteur?

That’s what I’m talking about here. How you can identify if your implementer is actually a saboteur.

What I've learned coaching independent restaurant owners since 2003 is that you, as the restaurant owner, are not built to implement systems, stick to it, hold people accountable. Most restaurant owners I know want to chase that shiny object rather than make sure everyone's following a checklist every day. And there's nothing wrong with that. You just have to recognize that's who you are. Plus, that isn’t your job. The restaurant owner’s job is to lead the team, work on budgets, grow the company.

That’s why you must have an implementer, someone right next to you, right by your side, who gets the systems all put in place, trains the other managers and holds them accountable for you. But what you have to watch out for is the implementer disguised at the saboteur. What is that?

The saboteur will delay your growth as a leader and the growth of your business. The saboteur undermines your ability to make positive change happen in your business. Whether they're doing it on purpose or not, their actions or inactions, when left unchecked, will ultimately ensure you fail implementing changes and new systems that will take your business to the next level. Saboteurs fight for the status quo because they don't want anything to change. Life is good for them. You have left them to be what you thought was a good manager, a good employee, but in reality, they're not.

That’s what makes this process really difficult. You're looking at somebody square in the eyes thinking that's one of my best people, there's no way in heck this person is a saboteur. Before you dismiss it completely, let’s review the four types of saboteurs so that as you're looking at your team, you can recognize any of these signs.

First is the excuse maker. They say things like, I don't have enough time. I need an office day. All this work, all these systems you're asking me to put in place, I need time. Or they'll say it's too hard. Like I've been working so hard, so many hours, adding the stuff just makes it too hard. It’s too much work. Or my favorite. We don't do it that way. They subscribe to the most dangerous phrase in your business: that's the way we've always done it. Or they insist that your restaurant is different. They say your coach, David Scott Peters, whoever he is, right, he doesn't understand we're different. That the proven systems that work for every kind of restaurant in every kind of location won’t work in your restaurant. But you're not different. You're a restaurant, aren't you? They just don’t want things to change.

Second is the negative talker. They say things like, “This isn't going to work” before you’ve even tried. They kill morale with negative talk. You’ve heard it from someone. “Can you believe these guys? What they want to put in place? How many hours we're already working? What it's going to do?” Blah, blah, blah, blah. They hate the change so they nit and pick with all the employees. Management is whining to the line employees, changing your culture and just taking it straight down the tubes. They ask “why” at every turn and not like a curious two-year-old. It’s a cynical why. Why do we have to change? Why what's wrong with what we've been doing? And this person often is so smart. They know everything, like how to do recipe cards, inventory, all this stuff. They know everything. They're just so damn smart. But you’ll notice, they aren’t doing any of it.

The third saboteur is the thief. They start off by stealing your time. They delay the process. Oh, yeah, I'm going to get that done. Delay, delay, delay. The delaying and lack of progress robs you of thousands of dollars every single month. It's robbing you of your personal time because you're investing more and more time in this person to make sure it gets done. And sometimes it's physical theft. They actually take the money out of the drawer, out of the safe. They steal your product, and they know if you start putting systems in place, they won’t get away with it anymore. They’ll be found out.

The fourth and final saboteur is the two-talker. When they talk to you everything is affirmative. They tell you, “Yeah, absolutely!” With excitement. “Oh yeah, I can't wait. That's a great change. I can't wait to implement that in the business. This is going to be awesome. Oh yeah.” They give you an impression of excitement. They show you they care. But in reality, the answer is really, “No, this isn’t going to happen.” They don't do the work, even after looking you in the eyes and telling you they’re on board and will get it all done.

Your saboteur will self-identify in about three weeks but it is probably more like three months before you actually see it because you are a “social worker.” You’re built to give great hospitality, to take care of people. That's who you are. Your staff isn’t any different than your customers. The trouble is it leads to you making your own excuses, giving the benefit of the doubt to your employees when it’s not deserved, especially your managers. Many times you feel trapped because you don’t know how you’ll get anything done or find any extra hours in the day.

The thing is, they're at a different level and should be held to a higher level, a higher standard of what your expectations are. As you implement, you set goals for each system and you hold them accountable to the goals you set together. You give them a month to learn how to do the work and follow the system you’re implementing. If in the second month, if the work isn’t getting done, the goals aren’t being met, and all you’re hearing is excuse, excuse, excuse, whine, whine, whine, you have a choice to make. You have to decide whether this manager has reached a point of not being able to do the job. It might be because they just can’t do it, or they just don’t care enough. If they’re saboteur, it’s that they don’t care about you and your restaurant.

You want to make sure you have the right people on your team, that they fit my company culture, but you also have to make sure they can do the job you hired them for.

Look at your management team. Specifically, your implementor, the person who you think is going to help you get stuff done. Are they really in Implementor or are they really a saboteur? Most time they look like the same person. What's different is the actions they take or don't take, and the excuses they make or don't make.

When you finally decide you’re ready to change, that you’re ready to stop being a prisoner to your restaurant, that you deserve to have freedom from your business, you can't afford to have the process of implementing systems stop in its tracks because one, two or three employees on your team say it's too hard. You must become the leader your restaurant needs. And to be that leader, you must have an implementor.

If you want to move your business forward, you must know the difference and be able to make that change if you've got the wrong person on the team in that spot.

Tune into this episode of the podcast to hear how an implementer behaves and how a saboteur behaves and how to know which one you have. I offer steps to follow to ensure everyone is prepared so that only the saboteur shows themselves.

Please rate and leave a review on Apple Podcasts, Spotify or wherever you happen to listen to podcasts. By leaving us a review, other restaurant pros seeking out this information are able to find it. I read the reviews and hearing how this information has benefited you, does wonders for me. Also, if you find any of the discussions helpful, share them! The more restaurant pros who have access to them the better we become as an industry.

Links mentioned in this episode: