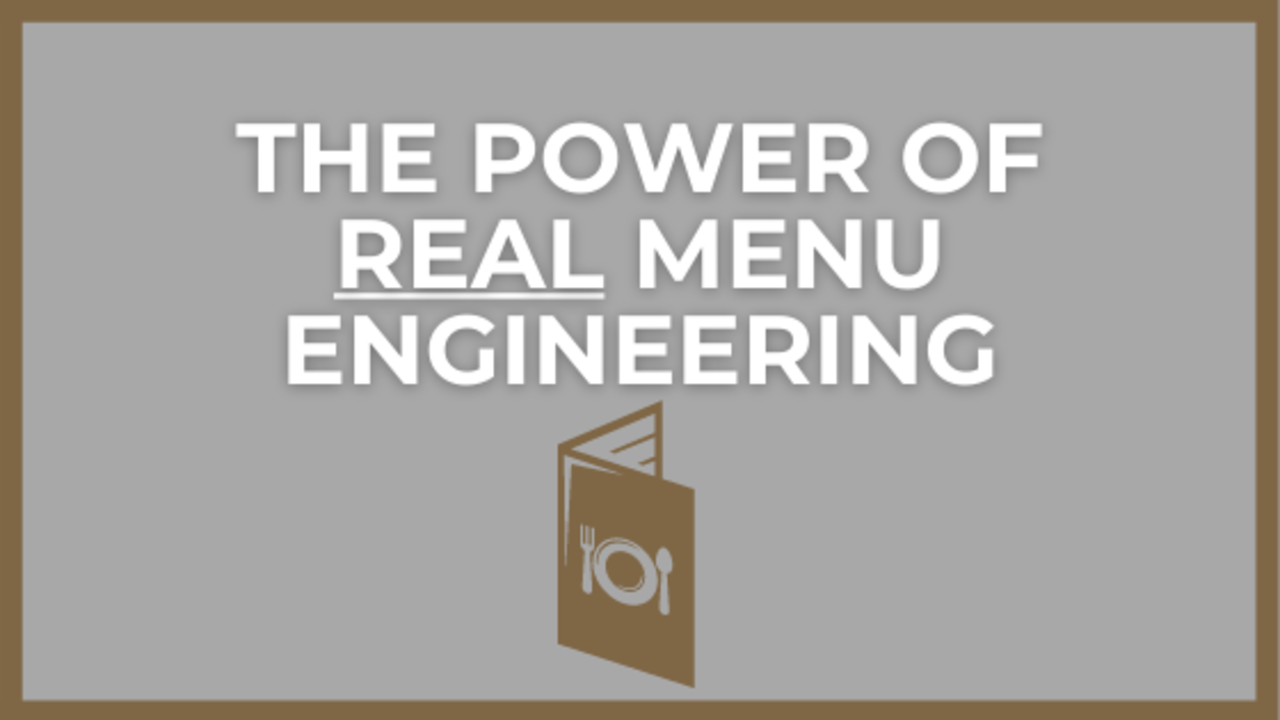 Menu engineering to control restaurant food costs can be one of the most powerful tools an independent restaurant can have at their disposal. If you want to make the most profit on your menu, you have to reengineer it. But menu engineering is often thought of as a way to guide your customers into ordering what you want them to order. And while there are some design tips and ways to describe your food that increase sales of the items you want to sell, most restaurant owners aren't maximizing the real power of menu engineering. And that power can change your restaurant's financial outlook in a major way when it's done right. Click below to get this information via video or keep scrolling to read for my tips.

Let me tell you about one of my members who was taking it on the chin using old school ideas on numbers when it came to creating a menu and managing his food cost. Now, he had done all the research. He wasn't a restaurant pro to begin with, but he was a CFO in his past life. So, he knew numbers, and he went out and searched the Internet and reading all the industry trade magazines to learn about food and labor cost. He picked up that the target food cost is 33­–34 percent. The advice was to aim for about a three times markup, so that’s what he went with.

Well, that's really not the truth. In fact, it's an absolutely wrong number. Now, this is also somebody who had all the right systems. Because he had a CFO background, he had budgets in place. He already had recipe costing cards in place. Heck, he was using a restaurant management software to manage the whole business. His numbers were dialed in, and he was shooting for and achieving the numbers that he was hoping to achieve.

He also went out for expert advice. He hired those big-name chefs to help him create the menu and recipe costing cards to help him hit these target goals. He really dialed in and tried to uncover what he didn’t know.

But again, I told you these things were wrong, and he could tell because the money just wasn’t there. So he and I started working together after a couple of years of operating his businesses.

We started by redoing his budget. But if you know anything about me, if you've been on my YouTube channel, you know, my favorite number is called prime cost, which is total cost of goods sold, plus total labor costs, including taxes, benefits, insurance. And the old standard out there, if you're using this 34 percent food cost, had most operators hitting a 65 percent prime cost in total cost of goods sold and labor costs, or what I call controllable expenses. That is a fallacy. If you do $850,000 or more a year in gross sales, your prime cost target is 55 percent. That's 10 points lower that what the industry typically recommends. Using his budget, we started to attack his controllable expenses, cost of goods sold and labor cost, using a 55 percent prime cost as our target.

What he quickly realized as we went through this process was what was really possible. And one of the things we determined is we had to reengineer his menu. We had to take his food cost down from 33 percent to 26 percent. This one piece of the equation helped his restaurant survive during the COVID crisis. It was already something he was struggling with, trying to make the money he deserves, but when COVID hit, it became critical. When your labor costs are going through the roof because your sales are dropping like a rock, things become critical.

How was this possible for this restaurant owner? When you have recipe costing cards, your point of sales mix, and you use something like my Menu Profitability Monitor, a simple spreadsheet, then they can tell you a ton about your menu. You're going to be able to know your ideal food cost. If there is no waste, no theft, no spoilage – a perfect restaurant – based on accurate up to date recipe costing cards, what your customers actually purchase, a weighted average where your food costs should be, you're going to be able to see where you should raise prices and other adjustments to your menu. This is menu engineering I teach restaurant owners how to do.

I often teach people to raise prices on the top three items in each of their sections. This way, even though tomatoes may have gone up through the roof as a commodity, you’re raising items on the top three because when they're that damn good, when they're that damn popular, when you raise the price, people still buy them. And you don't necessarily have to find everything that has a tomato in the recipe and raise the price or raise every item, which a lot of operators do. They wait one, two years and all of a sudden, they raise everything and pray they don't get their behinds kicked.

When you have the right systems in place, you get to see the changes that you need to make when it comes to your recipes or products. Maybe the recipe has way too much brisket in it and by trimming two ounces, you can now make it a profitable dish. Maybe you've got to go get a contract and switch your brisket to another product that is equally as good or better, but at a cheaper price because of volume discount.

Also, with these restaurant systems in place, you can take the final steps in menu engineering, which are what most people think of as the whole menu engineering package:

If you can pull together a budget, the next step is to create your recipe costing cards. These two systems are the most important for any independent restaurant owner to have. If you can’t get there immediately, it’s OK. They’re both big systems, but once you have them, your whole business will transform.

If you would like to learn how to own a restaurant that doesn't depend on you to be successful, watch this free video course that teaches you three key principles to running a successful restaurant.

Sign up to get weekly tips for running your restaurant! 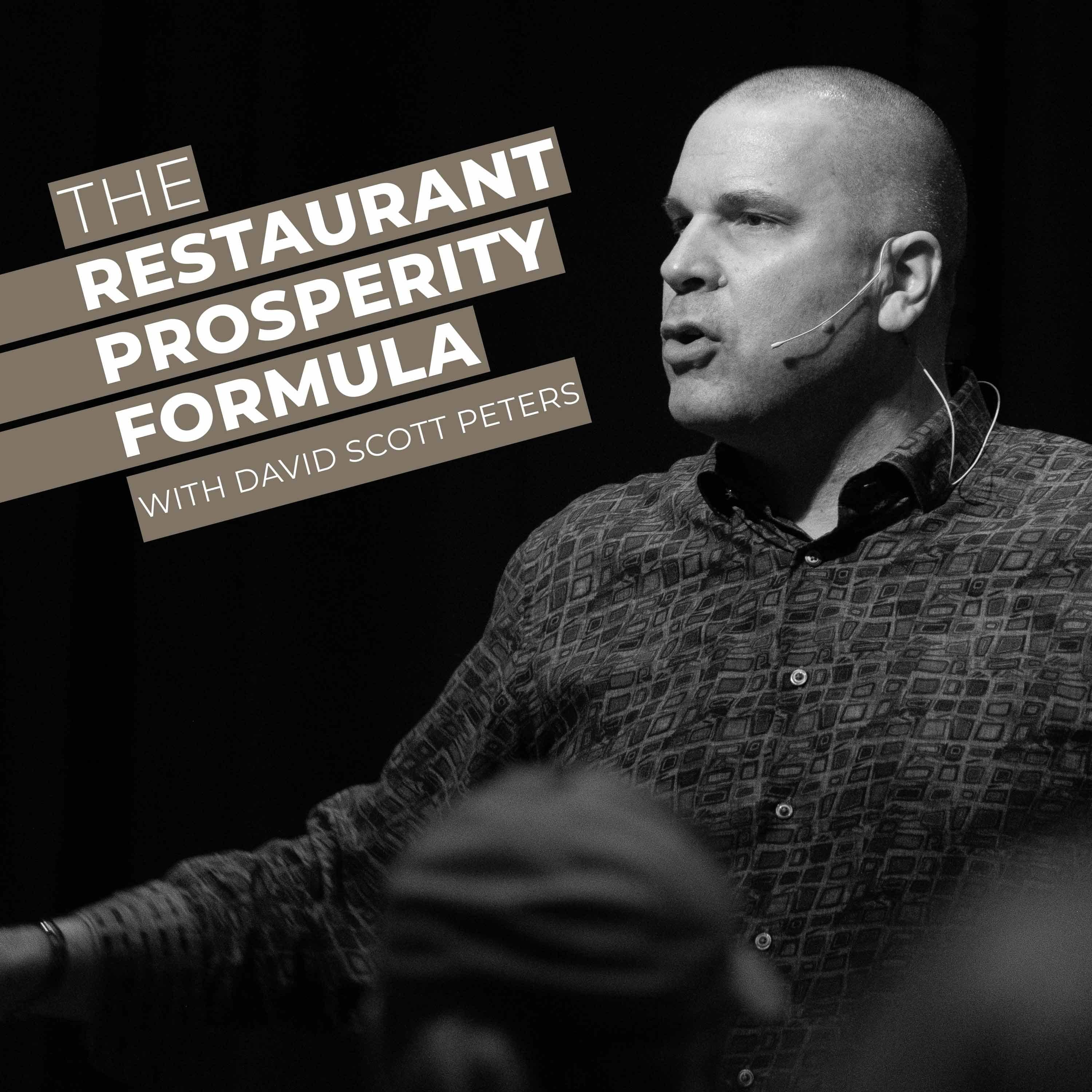 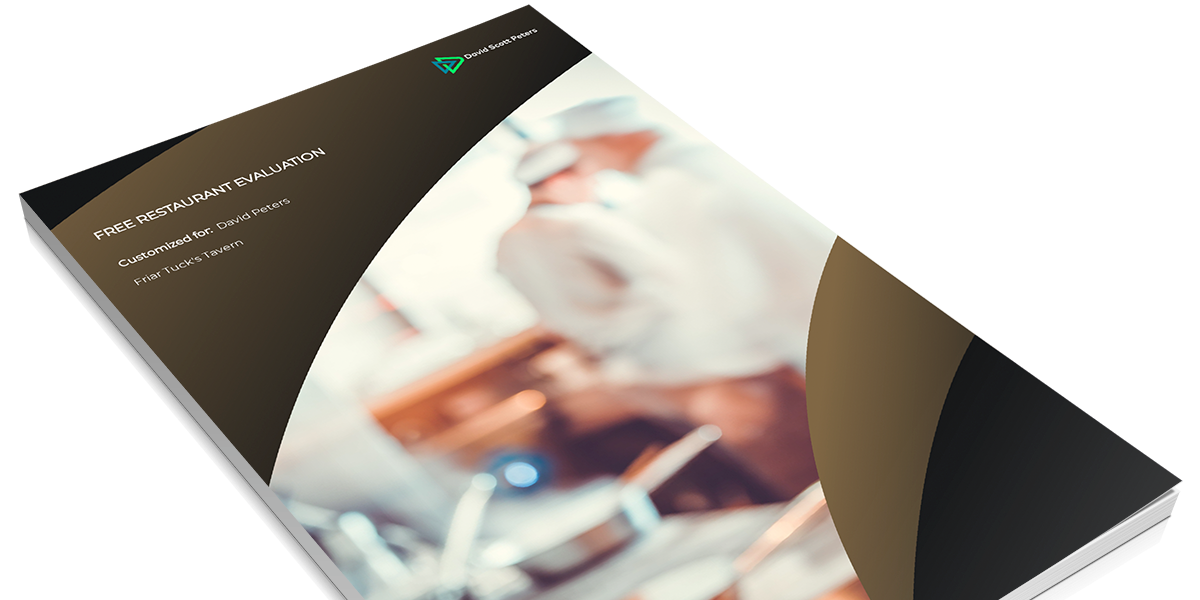 How do your restaurant systems measure up?

If you want to transform how your restaurant operates and make the money you deserve, it’s time to open yourself up to examination. Let’s dig into your operations and look for your key areas of improvement. You’ll walk away with a complete evaluation and a plan for how to make it happen. 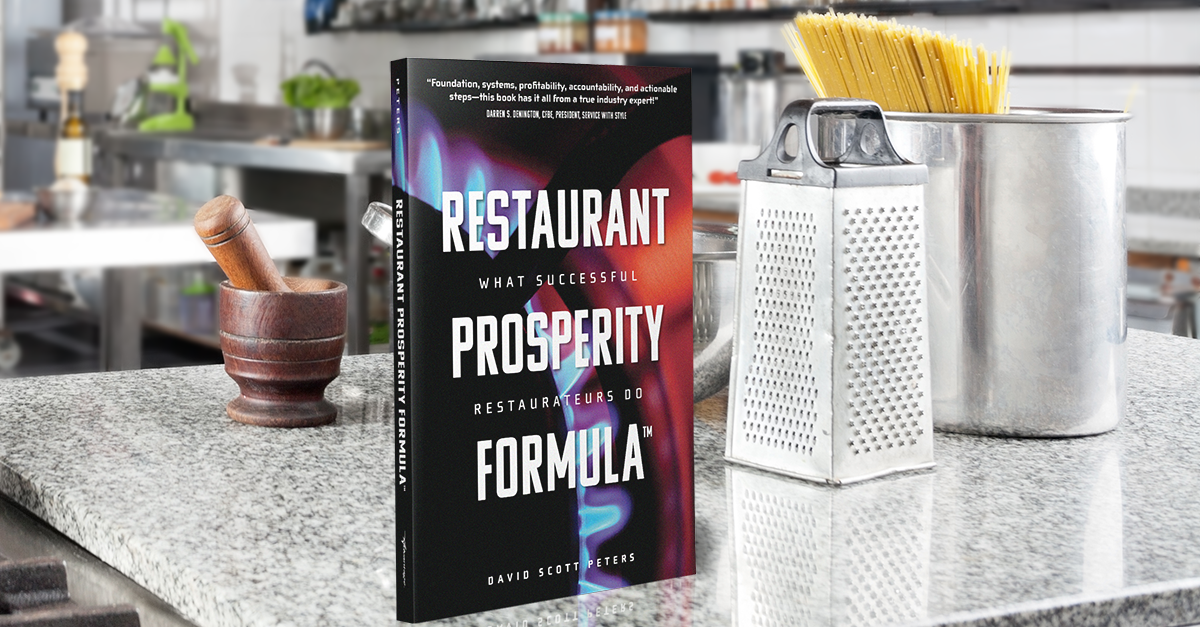 Enter your name and email address below and we'll notify you when the coaching program is open. Thank you for opting in, we look forward to communicating with you soon.